Written by Tyisha Blade // Photos Courtesy of The Cleveland Cavaliers 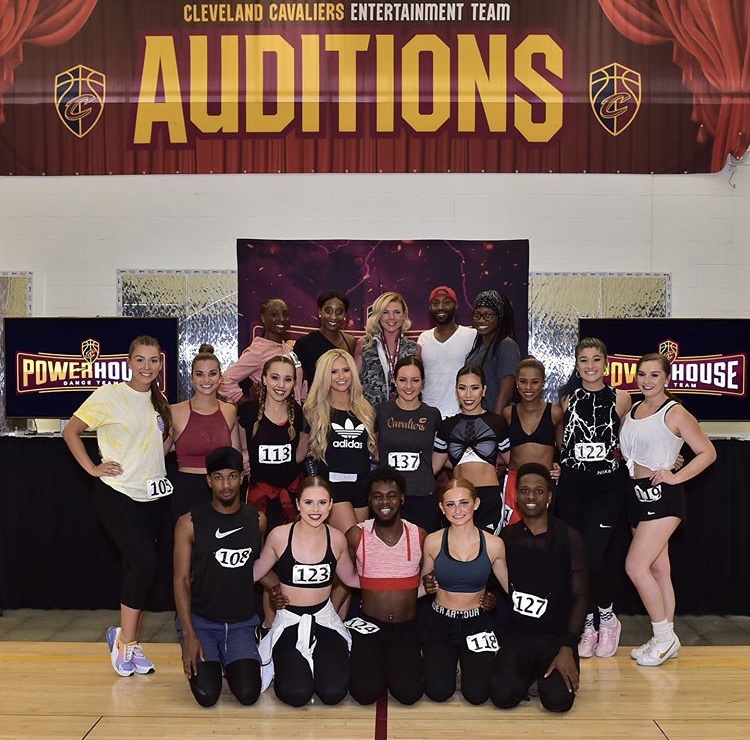 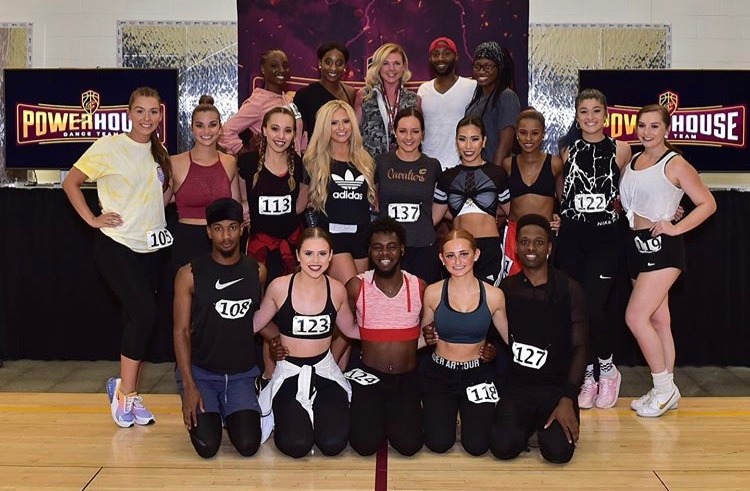 New dance team member, Malik Watkins and his reflection on his personal growth.

Recently, the Cleveland Cavaliers introduced their new co-ed dance team. The PowerHouse Dance Team specializes in high-energy tricks, tumbling and dynamic choreography. Originally, the Cavalier Girls served as ambassadors of the basketball team on and off the court. Now, the organization has introduced a new, diverse team gearing up for the 2019-2020 season. The Vindicator interviewed one of the incoming members to get to know him and relate what it means to be a male dancer for the team at this time.

Malik Watkins, 23, grew up on St. Clair and lived a life where he never had to want for anything. His father had a great job. He and his younger sister were somewhat spoiled, and got everything they asked for. While they weren’t brats, their single father took very good care of their family. This life abruptly came to a halt when his father lost his job and became an alcoholic. The family quickly found themselves warming up their water on the stove and getting food from the local food banks.

Growing up, Watkins struggled with being gay and having many people around him not receive his orientation well. Watkins felt as though he was different from everyone else. His pastime was drawing. He kept to himself. His family migrated to the East Cleveland City where he joined Shaw High School’s marching band in search of himself. After graduating from high school, he attended Miles College in Montgomery, Alabama where nurtured a passion: dance. Currently, he is doing all things dance and hopes to continue pursuing dance as a career. Here is what he shared with us.

Vindicator: How was the process leading up to tryouts?

Malik: We just had to show up. My tryout was four days. Once we got there, they taught choreography, then they talked a little. We did more dancing than anything. They interviewed us on the second day of tryouts. They talked to us individually and in groups. They asked us personal things like ‘why we wanted to be on the team?’ Then, we got back to dancing. It was really rigorous. I was just thinking in my mind that I have to go hard.

Vindicator: What were some of your biggest challenges during tryouts?

Malik: Confidence. I can’t even think about how defeated I felt once I saw everybody else. I didn’t think I was what they were looking for. I really had to pump myself up every single chance I got. I would pump everybody else up and receive that energy in return. I was just really working on being confident. Sometimes, I get really nervous and it makes me have trouble with learning. I get frantic. When I talked to people about auditioning, they would say ‘why are you nervous?’ I’m like, ‘I can get nervous about anything. I am going to speak about myself and I get nervous.’ But that does keep me humble. I just never want to come across any other way than who I really am. I didn’t want anyone to think I was cocky because I really didn’t know what to expect. I didn’t know if I could really do what they were asking me but I had to reach for it. My biggest thing was making sure that whatever I teach to my children was something that I really did. Every kid that I worked with could say, ‘If I did what he asked me to do, then this is what could come of that.’

Vindicator: What did you do when you first found out you made the team?

Malik: When I first found out, I screamed. It was really nice how they first told us that we made the team. Initially, they added an extra day to tryouts. The last day we thought we would have to tryout again. But we didn’t. I took a dance class in between tryouts. That was so risky, but I was going really hard at the time. My body was torn. I took a class at Extreme Studios with Taylor Terry. She had a Beyonce-themed dance class and she had just gotten came back from dancing with Beyonce. So, I tore myself up during tryouts and I just had to push through. I couldn’t let that stop me. I know that I am a dancer and I have to push through. I told myself that’s what I am going to do because this is actually my reality.

Vindicator: How did your friends and family react when they found out?

Malik: I know that my grandmother was shouting for joy. She has always been supportive of everything that I have done. Whether it’s singing or modelling, she’s been to almost any show that I have been in. Everyone else, I am pretty sure, was very happy. I have had people call me crying. People have expressed their joy or discomfort in it. A good friend of mine, Sherae Campbell, she called me and burst out in tears. She was so proud of me. She was also a part of the marching band with me. She saw me start dancing. She saw me get ridiculed. She saw me go through everything in my life to get here.

Vindicator: How has being apart of Shaw High School’s marching band aided you with PowerHouse and your transitions through life?

Malik: The band has helped me so much. Mr. Wilson has always said that we weren’t listening to him then but we will know later. Throughout me leaving high school, going to college, then going to hair school, everything starts to make sense. He would talk and, at times, I might zone out [but I would realize what he was saying] and it was never-ending. I would then think, ‘Mr. Wilson said this would happen.’ Especially with me being a leader for so long, and then my work ethic [those teachings] made me really strong. As hard as he wanted me to work my senior year, that pushed my work into the college that I went to. I became ‘Best Male Marcher’ that year. They saw a lot in me and I can only get that from Shaw. [Miles] wanted me to move into drum major, but I got to the point where I chose dancing over band.

Vindicator: How important is dance to you?

Malik: Dance is the most important thing in my life. It is one of the only things that I do consistently. Even if I didn’t get paid, I would still do this every day. Someone that I met in hair school told me that I eat, sleep and breathe dance. That stuck with me for a long time. I would literally wake up out of my sleep and dance. I would dance anywhere. Sometimes you just have to get it out. I can’t help it. A lot of people have told that I needed to stop dancing and that I wasn’t that good. I have gotten that my whole dance career. Sometimes I would stop, then I was back at it. I wasn’t trying to be disrespectful, but I really can’t help when I hear that music. I don’t think I could ever stop.

Vindicator: What does you joining the PowerHouse Team mean for the LGBTQ community?

Malik: We have been breaking breaks for a long time. This is a really good breakthrough in the eyes of the dance world. It’s easy to think that the men and women’s [dance] style should be different. However, it’s the same. I believe that this new team can show how we can diversify the energy. That masculine and feminine energy. If we didn’t have parts, how would everything look?

Vindicator: What do you hope to give through dancing?

Malik: Definitely inspiration. I just want someone to look at me and [say] ‘OK, I can do that too.’ I just hope that someone looks at what I am doing and learns. I hope they can take something from this.

Vindicator: What do you hope to gain?

Vindicator: What’s been the most rewarding part of your journey thus far?

Malik: To me, the most rewarding part is when someone writes me at two in the morning to tell me that I inspire them. I have not found any more enjoyment in what I have been doing this far.

Watkins would also like to start a business that teaches the younger LGBTQ community how to dance and work with one another. He would like to partner with any business that helps children become more successful. He would like to provide them with the things he felt like he didn’t have. He will soon start dancing classes titled Majorette With Malik. These classes will be for self-empowerment wanting people to come together as a community.